When the earth is ravaged and the animals are dying, a new tribe of people shall come unto the earth from many colors, classes, creeds and who by their actions and deeds shall make the earth green again. They will be known as the warriors of the rainbow.

— Prophecy of the Rainbow Warriors (a Native American Prophecy)

"There will come a day when people of all races, colors, and creeds will put aside their differences. They will come together in love, joining hands in unification, to heal the Earth and all Her children. They will move over the Earth like a great Whirling Rainbow, bringing peace, understanding and healing everywhere they go. Many creatures thought to be extinct or mythical will resurface at this time; the great trees that perished will return almost overnight. All living things will flourish, drawing sustenance from the breast of our Mother, the Earth.

The great spiritual Teachers who walked the Earth and taught the basics of the truths of the Whirling Rainbow Prophecy will return and walk amongst us once more, sharing their power and understanding with all. We will learn how to see and hear in a sacred manner. Men and women will be equals in the way Creator intended them to be; all children will be safe anywhere they want to go. Elders will be respected and valued for their contributions to life. Their wisdom will be sought out. The whole Human race will be called The People and there will be no more war, sickness or hunger forever."

"When the Time of the White Buffalo approaches, the third generation of the White Eyes' children will grow their hair and speak of love as the healer of the Children of the Earth. These children will seek new ways of understanding themselves and others. They will wear feathers and beads and paint their faces. They will seek the Elders of the Red Race and drink of their wisdom. These white-eyed children will be a sign that the Ancestors are returning in white bodies, but they are Red on the inside. They will learn to walk the Earth Mother in balance again and reform the idea of the white chiefs. These children will be tested as they were when they were Red ancestors by unnatural substances like firewater to see if they can remain on the Sacred Path.

The generation of Flower Children have moved through this part of the prophecy and some have remained on the Sacred Path. Others were lost for a while and are now returning to the natural way of being. Some were disillusioned and have forgotten the high ideals that gave them life when their hearts were young, but others still are waking up and quickening into remembering.

Grandmother Cisi would look at me with her obsidian eyes piercing my soul when she spoke of the Whirling Rainbow Prophecy, and I would feel my heart skip a beat and then fill with promise and love. She would tell me about the return of the Buffalo to Turtle Island and how the herds would once again be numerous. After the time when the Buffalo returned, the generation following the Flower Children would see the dawning of the Fifth World of Peace." 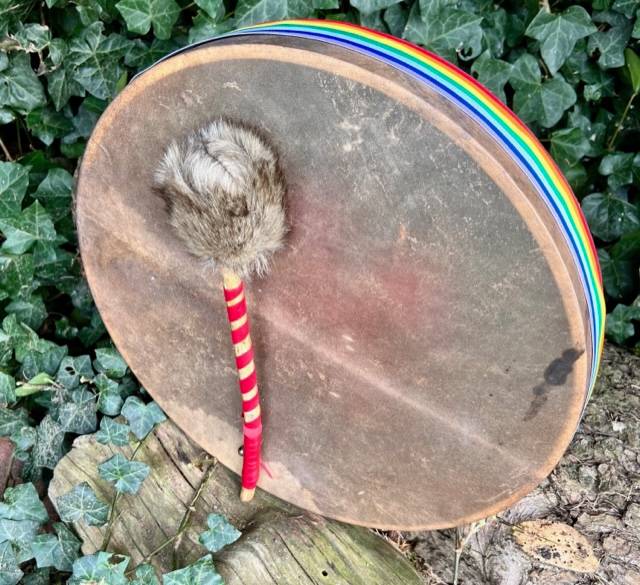